Posted on by Jane Stone

I remember well the Stites Grocery Store, now gone. The floors were wooden and would creak when you walked down the narrow rows. I loved the smell of the store, that aroma of old wood and jerky. The owner made his own sausage from game that he had hunted and dressed. I would ride my bike almost eight miles down a gravel road to town. I was too young to drive but my bike gave me freedom, and a lot of exercise. I didn’t do it often but it was a wonderful adventure.

My mother was a Hutchins, whose family homesteaded one hundred and twenty acres at Lukes Gulch outside Stites that my parents later purchased. We moved to Stites in 1969, but we had always spent a month here in the summer, working on our house. The first few years living here were very difficult, because we had no electricity, phone, or indoor plumbing—but we made it. Moving from Napa Valley, California to a tiny one-room house in a small town was truly a culture shock. But learning to trust people we didn’t know came quickly. The thing about a small community is that everyone helps out. If you have a need, chances are it will quickly be filled. Generosity and honesty are prevalent. I’m happy to say we are a great bunch of people.

My parents, Thomas and Rosetta (Hutchins) Stone, ran cattle on the property, and when they passed on, they left the ranch to my brother and me. When I was a teenager, it seemed like we lived in the middle of nowhere, but as I grew older, the homestead called to me. I had to go back to Lukes Gulch. After living in several places, I returned a few years ago to the property, where my fiancé and I have built a new house. 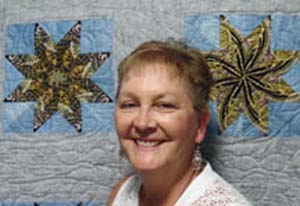 Jane Stone moved with her family to Idaho in the summer of 1969. Her mother was born and raised in Grangeville, and she and Jane’s father purchased property in Stites where Jane now lives. She and her fiancé Urban Wessels have fourteen chickens, a dog named Jake, a cat named Sammy, and enjoy the wildlife that passes by their door. Jane likes to quilt, read, tend the garden, and her grandchildren love to visit the spacious and quiet ranch, where she says there’s “plenty of spoiling going on.”
View all posts by Jane Stone →