Posted on by Kathleen Mckevitt

And a Gateway of Promise

Story and Photos by Kathleen Mckevitt

Walking with my dog on a cold Saturday in March on a path that led through the College of Southern Idaho campus in Twin Falls, I smelled burning wood. Ages ago, this very place where I was walking would have held many tipis with wisps of smoke ascending above their high poles from warming fires within.

But it was 2015, and the smoke came from a four-inch pipe extending through the roof of an old carpet van. Curiosity took me closer, and when I was about four feet away, the van’s back doors suddenly opened wide.

A voice from inside said, “Are you worried about the smoke?”

I was, but what held my attention now was a beautiful dark-skinned young man with a partly shaven head and a perfect set of teeth shaped into a smile of welcome.

“Hi,” I said, a little nervous about invading someone’s privacy. “I’m Kathleen. I’m a writer and I was so curious that I just had to see . . . What’s your name?” I blurted out.

He said his name was Ethan Thomas, and the van was his home away from home. Mentioning that he had bought it for three hundred dollars, he showed me the iron wood-burning stove that he had bolted to the floor from beneath the chassis. It sat on flame-resistant plywood, and a four-foot chimney had been shuttled through a hole carved in the roof of the van. Voila, home on wheels. Thomas said a few small pieces of sage or sticks would warm the van for hours. He called it “functional art.” 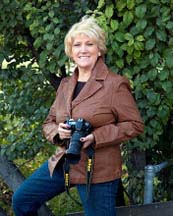 Kathleen Mckevitt has been a photo-journalist and international marketing communications director for most of her adult life. She is now turning to writing creative nonfiction. Kathleen lives in Twin Falls, where she is the minister of Unity Spiritual Center of Southern Idaho and a hospice chaplain.
View all posts by Kathleen Mckevitt →