Posted on by Steven Hatcher

Christmastime in Rupert is beautiful. As the sun settled one evening in December 2021 and the historic town square’s lights went on above a couple inches of recent snow, I felt a sense of fortuitousness. I was there to record a band called Impulso later that night in Burley for my Mexican Music Project. My girlfriend Susan and I walked downstairs in an inn and sat in the restaurant for an early dinner before heading to the gig.

“Henry’s Lamb Chops” was the first thing I noticed when I opened the menu. “Oh,” I said, “I wonder if these are named after Henry Etcheverry, who’s from these parts?” (They’re not. They’re named after Henry Vernon Creason, a prominent lawyer from Rupert.) As soon as I said that, I saw over Susan’s shoulder that Henry Etcheverry sat in the booth behind us with his wife Kate and their friend Alicia Dredge.

“Hey,” Henry said, “I thought I recognized you.” Alicia didn’t immediately, but she eventually remembered our conversation, too, inside a sheep wagon a few years ago at the Trailing of the Sheep Festival in Hailey. We all chatted for a few minutes before digging into our dinners. Yes, I ordered the lamb.

Henry and friends finished before us. We chatted a bit more and then they left. About five minutes later, Henry rushed back in. “I picked up your dinner tab. All you have to pay is the tip. Merry Christmas.” And just like that, he was gone again. In shock for the next couple minutes, Susan and I stared at each other, smiling, with tears in our eyes.

I am a folklorist and my life is filled with experiences like this. Maybe not the free-lamb-dinner type, but rather a quiet recognition from people I work with—tradition-bearers and practitioners of expressive culture—that the work is meaningful and appreciated. My job is to support Idaho’s folk artists and its folklife in general. Impulso, a norteño-based band from the Rupert-Burley area who have played together for more than twenty years, belong in the former category. Henry Etcheverry and Alicia Dredge, two prominent names in the history and legacy of Idaho sheep ranchers, would fall into the latter. 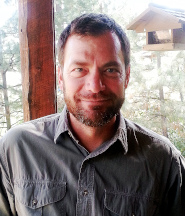 Steven Hatcher is the state folklorist and director of the Folk and Traditional Arts Program at the Idaho Commission on the Arts. He documents, supports, and celebrates the folk life of Idaho through public programs and grants.
View all posts by Steven Hatcher →
ORDER BY MAIL