Eighty Thousand Pieces of the Past

Photos Courtesy of Museum of Idaho

In the middle of the Arco Desert west of Idaho Falls, a long way down a purposely unmarked path, there is a hole in the ground that puts things into perspective.

Not many people know about this hole, which is both good and bad. It’s better preserved that way. I found out just a few years ago, in my cramped office at the Museum of Idaho. A colleague sat down, leaned in, and told me we might be getting a new collection of artifacts from a cave in the Arco Desert. She said it was a pretty big deal. As I listened, and later searched online, I wondered how it was possible that I hadn’t heard of this cave or its treasures before. It was a big deal. But I didn’t know the half of it until I met Randy.

In the early 1960s, when Randy Harris was about nine years old, he first saw this hole and two others near it. On long Saturdays, he and his two brothers kicked rusty cans over the cracked earth, which clanged off rocks and nested in sagebrush. To a boy playing pretend, the landscape didn’t offer much to work with. Maybe some fantasy about a cowboy left for dead, who had to avoid rattlesnakes and make his way back to town. That story wouldn’t require much of an imagination. The land eased upward just enough to obscure Idaho’s mountains from view, which made the spot seem even more lifeless and barren. It might as well have been the 1860s, because in a hundred years, nothing had changed.

These Saturday trips to the desert, a hot hour’s ride from home, accomplished at least three purposes. First, it brought the boys together. Twelve-year-old Steve, gruff and curious, with a blond pompadour and thick-framed glasses, barely tolerated his younger brothers, and treated them civilly only when watched. For introverted Randy and Rick, squirming in his shadow, the dislike was mutual. Surely the desert, devoid of distractions, might force a temporary alliance. Second, the boys got time with their grandfather, a local radio station manager named Leonard Wasden. And third, Leonard got to check on his land, an investment property that the government paid him not to farm.

For the Harris boys, these excursions were made a little more worthwhile because they included a visit to the caves, a cluster of three sudden openings in the earth, mostly filled with dirt, but caves nonetheless. These offered different kinds of adventure, plus the only cool shelter and shade for miles—qualities that had been attracting boys and girls and their parents to this very spot for thirteen thousand years. 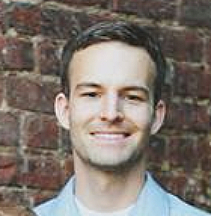 Jeff Carr is the Senior Director for External Affairs at the Museum of Idaho. He has degrees from Utah State and Stanford, and worked in journalism, academia, and foreign affairs before moving back to his hometown of Idaho Falls with his wife and three children.
View all posts by Jeff Carr →
ORDER BY MAIL