The Secrets That Cemeteries Reveal

I’ve always had a peculiar interest in cemeteries and have been drawn to walk through them for hours, lingering to learn more about the histories or stories of those interred in various types of burial grounds. In particular, I’ve always wanted to know more about what the symbols on the gravestones mean. My travels have taken me to family, church, city, town, urban, veterans, and even pet cemeteries throughout Idaho and many other states.

Last year, as I was perusing the community education programs offered by the Boise School District, I spotted an interesting course titled “Carved in Stone—The Art and Symbolism of Cemeteries and Graveyards.” The course instructor was David Habben, a self-described “tombstone tourist,” who has developed a passion for cemetery studies over the years, and leads tours at a couple of local cemeteries highlighting the history, symbolism, and stories of people buried there.

A tombstone tourist? So that’s what I was and didn’t even know it? I had no idea there was such a thing, but it had a ring to it. As I thought about my sightseeing adventures of touring cemeteries, I suppose I had been a day-tripping tourist of sorts, visiting the interesting headstones, reading the inscriptions, and wondering about the stories of the deceased. Here was my chance to learn from a tombstone tourist pro.

The class was held at a local mortuary, which I thought was a bit satirical, and I hoped we would go gain some firsthand knowledge by looking at headstones. It finally occurred to me the class would be in the evening, so tripping about a graveyard at night with flashlights didn’t seem logical and would be a bit spooky.

I wasn’t sure what to expect or who would even show up for this class, but apparently there are many other tombstone tourists. I arrived right on time and found a group of about fifteen already sitting in the front rows, eager to learn more, peppering the instructor with questions. Our tour instructor got everyone settled down and explained he would be taking us on a two-hour excursion of tombstone symbolism via his collection of more than five hundred slides. 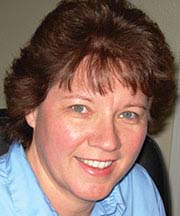 Norma Russell is a weekend travel junkie always looking for local adventure and unusual and interesting people and topics. A waterfall chaser and trail-riding junkie, she searches for things to do off the beaten path. As a freelance writer, Norma likes to share her adventures whenever given the opportunity.
View all posts by Norma Russell →
ORDER BY MAIL