Two Boards and a Passion

Posted on July 1, 2015 by Charles Lauterbach

When I arrived in the spring of 1971 at what was then the Boise State College campus to be interviewed for a position in the recently formed theatre arts department, I hid my disappointment upon first viewing the Subal Theatre. I had taught classes and directed plays for five years at the University of California, Riverside, which had a state of the art theatre facility. But I wanted to escape both the southern California smog and what I felt were declining resources at the time for that state’s higher education system, so I accepted the Boise job when it was offered in spite of my unspoken reservations.

In contrast to those days, Boise State University’s current theatre arts students have access to facilities comparable to the finest such programs in the nation. Most of their productions are staged in the Morrison Center’s two-hundred-seat Danny Peterson Theatre, while other shows are mounted in the 435-seat Special Events Center. Occasionally, the theatre and music departments jointly present a musical in the two-thousand-seat Morrison Center for the Performing Arts. All this is a far cry from the years between 1968 and 1976, when the 114-seat Subal Theatre was the only performing arts facility on campus.

Although the little theatre and its support facilities had serious drawbacks, there were some advantages. Its smallness created an intimacy between audience and performer. Actors did not have to project their voices and spoke in natural tones—even whispers could be heard from the back row seats. Small, nuanced facial expressions could be seen clearly by all audience members.

Given the limitations of the stage, designers Frank Heise, Roger Bedard and Steve Buss created some remarkable scene designs. Perhaps the most remarkable was Frank Heise’s settings for my production of a 19th Century melodrama, Under the Gaslight. The play required multiple period scenes including a waterfront where the villain could be seen rowing a boat to the pier and a spectacular scene in which the villain ties a man to railroad tracks just before a train is heard in the distance. The train is then seen far away, crossing the stage, but grows larger in appearance as it re-crosses the stage and finally an engine and three railway cars roar across the front of the stage and disappear into the wings. Fortunately, the bound victim is pushed to safety just before the train arrives. The production also featured a painted period roll-up curtain before which actors performed olio specialties between acts. All this was done in a venue without a fly loft and only a few feet of wing space on each side of the stage. 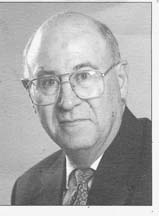 Charles Lauterbach is a professor emeritus of theatre arts who retired in 2001 after thirty years at Boise State University, forty years in education, and fifty years in theatre production. He has been conducting research on Idaho theatre history for the past twenty-five years, supported by grants from Boise State, the Idaho Board of Education, and the Idaho Humanities Council. He is the author of two books, Pioneer Theatre in the Boise Basin: 1863-1899 and Jolly Della Pringle: Star of the Western Stage.
View all posts by Charles Lauterbach →
ORDER BY MAIL