You Don’t Have to Obey the Laws

Posted on by Heather Branstetter

Wallace is infamous for the bawdy houses that flourished during its decades as a mining town, but as a new book by Silver Valley native Heather Branstetter shows, many residents, both male and female, supported and defended the oldest profession, whose practitioners were generous contributors to the town’s well being. The following excerpt from her book, Selling Sex in the Silver Valley: A Business Doing Pleasure (The History Press, Charleston, 2017) is reprinted with permission. In it, “Dolores” is Dolores Arnold, a popular Wallace madam who ran a house called the Lux in the 1940s and supplemented it in 1967 with another place that she called the Luxette. Fans of history who would like to visit Wallace should consider going the first weekend in October, when the town’s new festival, Fall for History, will feature workshops and talks that focus on keeping the past alive in the present.

Almost every person I talked to during my oral history interviews repeated phrases like “The houses offered relief for single miners and kept local women from getting raped,” and, “The women were checked out by the doctors and didn’t solicit around town or on the streets,” and, especially, “The houses gave so much back to the community.” After Dolores expanded her operations with the Luxette, people used to say, “It’s even become corporate.” Pithy puns and jokes consisting only of a single punch line, both innocent and suggestive, were repeated freely in Wallace. For example, many people related versions of a clever story about bar owners beneath the houses complaining, “Business is great, but there’s too much f’ing overhead.” Another man told me about running into the father of his girlfriend at the time as he was coming back down the stairs on his way out the door. His apprehension quickly dissolved when the father said to him, “Boy, am I glad to see you here.” Men who were grocery boys back in the day love to tell stories about their jobs delivering to the houses, which were known for handing out generous tips.

It’s no accident that such phrases and stories are the chorus around town to this day. The madams appealed to the sense of humor and common sense values of the community, both in language and in deed, as they set the tone to subtly align the city’s rhetoric about the houses. As former Day Mines and Sunshine Mines employee Rod Higgins explained, Wallace’s embrace of the commercial sex industry was the result of the brothel managers’ purposeful persuasive strategy: “Everyone viewed them [the brothels] as being an advantage, thanks to the madams’ marketing efforts.” Men and women alike repeatedly told me how “fun” Wallace was during this time, as they expressed gratitude for having the opportunity to grow up in such a great town. 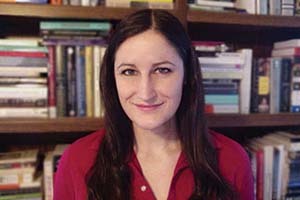 Heather Branstetter grew up among the mountains of the Silver Valley, where rumors circulated about her classmates’ grandma, who ran a cathouse. She received her PhD in rhetoric and cultural studies from the University of North Carolina in 2012 and moved back to Wallace in 2015 to finish her book, Selling Sex in the Silver Valley. Signed copies may be purchased from her website, businessdoingpleasure.com, and to schedule a book talk, email her at [email protected]
View all posts by Heather Branstetter →