A Cafe of One’s Own

Posted on September 1, 2019 by Sayantani Dasgupta

And Memories to Keep

On a Saturday morning, sometime in mid-August 2006, I stepped inside an American café for the very first time. I had won a ten-dollar gift certificate in a drawing held during the week-long international students’ orientation at the University of Idaho. For me, an impoverished grad student, ten dollars was a princely amount. Barely a week earlier, I had arrived in Moscow from New Delhi to enroll as a graduate student in creative writing at the University of Idaho. I had no scholarship or teaching assistantship to my name. I had no loans either, since every bank I had approached in India had turned me down. Nobody there had heard of anything called an MFA in creative writing. All I had were my savings from four years of working as an editor, a generous loan from a friend, an insatiable urge to learn how to write, and a fantastic roommate, Manasi. She studied biology, and also happened to be from India.

Manasi acted as my guide that first time I went to a café. I was taken in by the high ceilings, with their exposed pipes and woodwork, the red brick and orange walls, the comfortable albeit mismatched chairs, the glass tabletops over maps carved out of wood and set against oceans made of coffee beans, the doors to nowhere that hung from various heights, and the still- unfamiliar and confusing drink options. What was a latte? How was an Americano different from an espresso?

Thirteen years since that day, I don’t remember my precise order anymore. I am guessing it was a mocha and a sandwich. But I remember Manasi and I sat at a table by the windows. There was music playing in the background, but also the telltale sounds of coffee being ground and made, the hiss of steam, the pouring of beverages, and the dinging of the cash register. We chatted and worked on our respective homework, and every now and then, I stared out of the huge windows to make sense of this new world where I had just arrived. I was deeply homesick. I was scared—I had all the routine anxieties that plague every foreign student—and I felt very rootless. How was I going to survive the next three years of my MFA? What, if any, jobs would I get here, given the number of restrictions put in place for foreign students?

And yet, there was much to be grateful for: my superb department and professors; my classes on topics ranging from Jewish-American literature to workshops in fiction; the red-roofed apartment Manasi and I lived in; the cold, crisp northern Idaho weather; my new friends Parul and Leslie, who helped me buy a bed and weather-appropriate clothes; and Manasi herself. I had known only a handful of things about her before we signed our lease. Now, in this one week, I had found out a few more: she cooked great food, she laughed at my bad jokes, she shared my love for Hindi movies, and she generously lent me her phone and her laptop, because I had no money for either, so I could be in touch with my family. 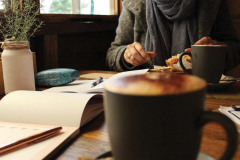 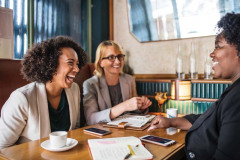 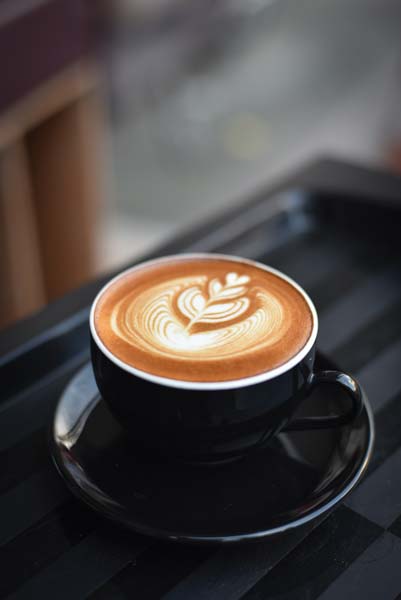 A quiet moment in the cafe. Gabrielle Henderson photo. 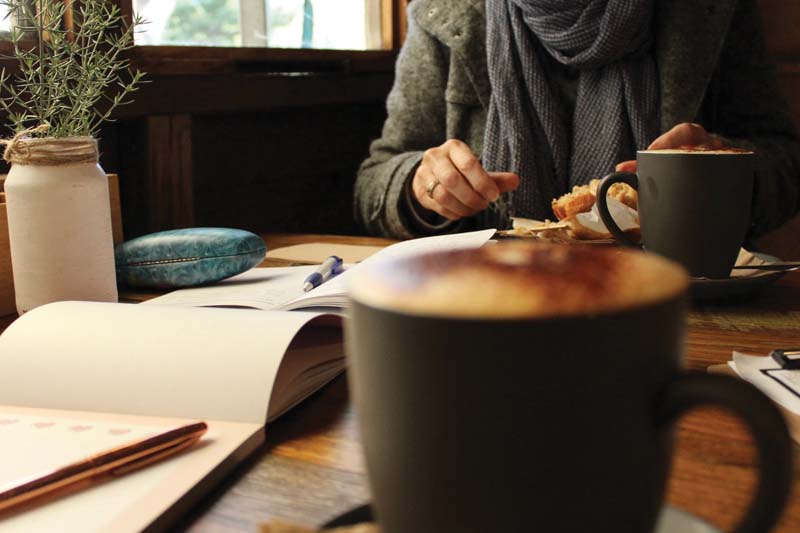 Friends catch up at a cafe. Rawpixel photo. 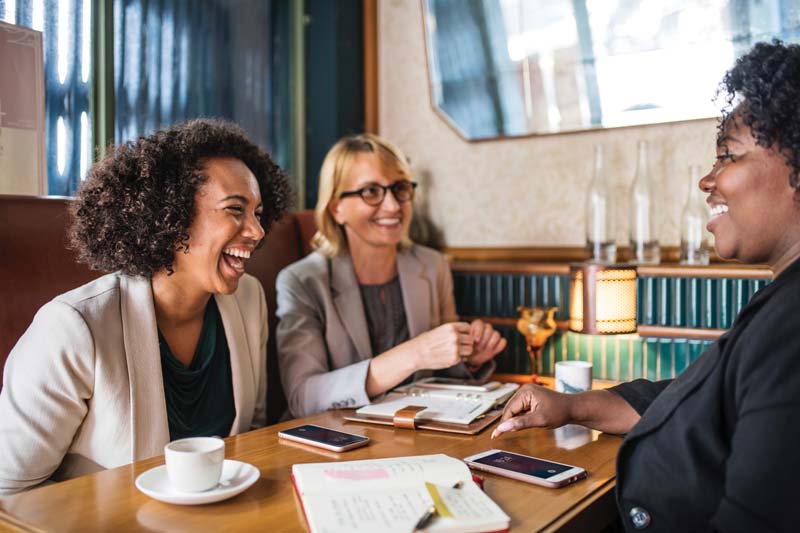 And now, here was this cafe, to add to my list of “Things to Be Grateful For.” I hadn’t known anything like this when I was growing up in New Delhi. Sure, there were plenty of restaurants, and cafes too, but you went to them with friends or family or colleagues, or if you were on a date. There were few public places that I, a young woman, could claim for myself, where I could remain uninterrupted and undisturbed, and just drink my coffee, do my homework, and stare out of the window.

Even now, after so many years, I still don’t think I have the words to adequately explain what it meant to suddenly have this gift in my life. To be able to step out of my red-roofed apartment in Idaho’s late summer to early fall weather, walk the twenty minutes to downtown Moscow without having to hear a single catcall, and enter this light-filled, fresh-brewed, coffee-scented world.

Overnight, it became my refuge, albeit an expensive one, even after I landed two on-campus jobs: as a student mentor and as a writing center tutor. So, I stopped spending money on pretty much everything else. This was a habit I had to sustain. It was enough that I could be in a room so filled with music, charm, and local life. That I could do it by myself, and whenever I felt like it, without needing the crutch of a friend or a companion, made it that much more special.

Soon, fall turned to winter, the kind of winter I had never experienced before. The freezing air clawed my face, the slippery ice made me cry out more than once in fear and frustration, and my gloves from a discount store did not offer enough protection. My brown knuckles turned black, and when I went to the doctor, she said, “Your skin isn’t used to this. It’s protesting this cold. You have to keep your hands moisturized all the time.” That first winter in Idaho, when I still didn’t know how I would pay for the next two years of the program, when everything outside was cloudy, snowy, and steeped in homesickness, the warmth and light inside my favorite café made a huge difference. I went to it every day as soon as I got done with my classes. Sometimes, I went with friends, and over coffee, we wrote, we complained, we read each other’s words, and we commiserated.

As is true of any good story, in my case too, things fell into place eventually. I won scholarships and completed my program. Where once I was a student, now I became a lecturer, and despite having an office on campus, the café became my other, more favored office. It was where I went to read, to prepare my lectures, to grade papers, and design syllabi for upcoming courses. It was where I met with colleagues and students. And it continued to be my favorite place to meet friends, write, and to people-watch and eavesdrop, crucial habits for any writer.

I suppose we don’t realize how much a place becomes us until we leave it behind. Back in 2006, when I left India for Idaho, I yearned for some of its places in the same way I yearned for my friends and family. I struggled to find options that could fill the void created in the absence of my mother’s bedroom, her kitchen, and the balcony adjoining her bedroom, where she and I would talk for hours. Or the food stand, where my father and I would stop for tea and spicy omelets on our way back home from our respective offices. Or the movie theater I would most often visit with my brother, or the famed restaurant Karim’s in Old Delhi—established in 1913 by chefs who once worked in the royal Mughal kitchens—that my friends and I frequented for their pillowy-soft sheermal and slow-cooked mutton korma.

I no longer live in Moscow. I now live 2,800 miles away in a beautiful city by the Atlantic Ocean. Here, I am fifteen minutes from the beach and ten minutes from the historic downtown, among whose attractions is, “One of America’s Top Five Ghost Walks.” Every day, I am grateful for the job that’s brought me here, for the bleached finds I bring home from the ocean, and for the red cardinals that routinely sit on my balcony, seemingly to inspect my patio furniture.

And yet, there are mornings I wake up with an acute longing for the café I left behind. Sleepily, I shake my husband’s shoulder, and murmur, “I think I will go down and finish the story I have been working on. Join me when you can?” The next instant, I remember where I am. I pull my hand away and let him sleep. But I remain in bed for a few extra minutes, my eyes squeezed shut, the covers up to my chin, and I walk to the café as I used to from our last apartment, the one right in downtown, a mere seven minutes’ stroll away.

Inside, I see all the usual suspects. The owner of a beloved restaurant backslapping the friend of a friend, who has just started his photography business. There, by the water, my favorite student from two years ago talks to one of my current students, who is here to do her homework. At the table closest to the door sits the man who once tried to convert me, and at the table diagonally across from him is the friendly lady with green hair and a shoulder bag with the picture of a bird on it. In the backroom, a group has gathered around the big table, and together, they are figuring out the schedule for the upcoming music festival. They remind me of that summer I reserved the room every afternoon for a month for my course titled “Conflict Fiction from South Asia,” and my students said over and over again how much they loved being here, in a café, as opposed to our regular classroom, and how much of a treat it was to be able to reward oneself with a coffee or a cookie while discussing issues as weighty as independence and partition.

I open my eyes. I bring myself back to my current reality. If I keep my eyes closed any longer, I will linger, and, one by one, I will see even more of the usual suspects—current and former grad students from the program I was in once, my professors who later became my colleagues, neighbors with whom I never got a chance to catch up in the building we shared, although inside the café, everyone seemed to have time for a wave and a, “Hey, how’s it going?”

I sift through my memories, the hundreds, no, thousands of them that are bound to this café. Of friends sharing news of their loves, of breaking down over loss and betrayal, of farewells to friends like Manasi, Parul, and Leslie, who left Moscow years before I did. Of early dates over coffee with my then-boyfriend and now husband, and the art installations, music concerts, and readings, including mine, that we attended over the years. Not to mention the months he worked there himself, as a barista, and I felt ridiculously spoiled every time a specially concocted beverage landed on my table.

Thirteen years ago, when Manasi helped me use my gift certificate, I could not have anticipated that a café would come to signify everything positive I associate with the life I have built for myself in America—the warmth of strangers, the freedom to occupy public spaces, the right to feel safe, the intersection of community and friendship, the comfort of being seen out and about in the world by myself, and, of course, delicious coffee. So I will keep those memories, and content myself in this new city of mine, where I will seek a substitute. Soon, soon. 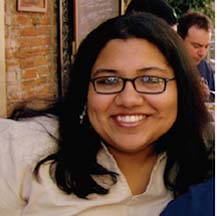