This magazine gets its share of publicity photos over the electronic transom, but rarely does one of them carry enough human interest to warrant publication. Here’s an exception from U.S. Navy photographer Michael H. Lee, which shows a father meeting his daughter for the first time. The father is Lt. Cmdr. Sean Gray of Nampa, executive officer of the Virginia-Class fast-attack submarine USS Texas. The infant is seven-week-old Vivian, presented to Sean by his wife Jennifer after his sub returned from deployment in the Pacific.

A few words added to this image by Dawn Scott of the Navy’s media outreach department went above and beyond normal PR flak. “On our planet, more than seventy percent of which is covered by water, being there means having the ability to act from the sea,” she wrote. “Navy ships, submarines, aircraft and, most important, tens of thousands of America’s finest young men and women are deployed around the world doing just that. They are there now. They will be there when we are sleeping tonight . . . They are there around the clock, far from our shores, defending America at all times.” —The Editors 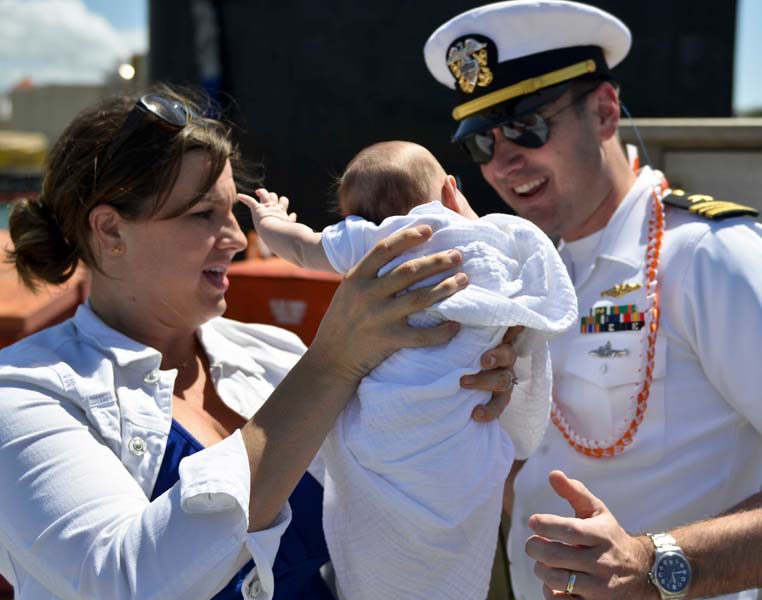 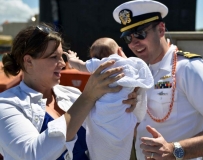