From Sin to Splendor

“Don’t leave Chinden Boulevard,” my Caldwell and Boise friends said in 1994, when they provided me with directions to car repair shops in Garden City. “It’s too sketchy to go off the main street. Don’t do it!”

I was a transplant from Minnesota and they wanted to protect me. Everything seemed sunny and safe to me in Garden City and in the larger town of Boise that completely surrounded it. “No,” they said, “every place is not safe.”

I listened and didn’t leave Chinden. That was then. Now, I’ve lived happily in Garden City since August 2000, in a zero-lot-line patio house that I considered home as soon as I moved in and walked out the front door to the Greenbelt for a stroll.

In the last five years, the craft beverage businesses of wine-tasting rooms and breweries have popped up east-to-west along Chinden and on side-streets, too—helping to prove that the city has traded its dangerous reputation for that of a hip, up-and-coming, art-friendly place for people of all ages to enjoy. Auto repair remains a large business sector along with more than one thousand businesses that call Garden City home nowadays. These enterprises employ nearly seven thousand people.

I’d long heard that Garden City was incorporated for “sin, gambling, and debauchery,” and when I did some reading on the city’s detailed website, those stories were confirmed. In the late-1940s, Boise City Council passed an ordinance banning gambling and related amusements within its city limits. Certain less-desirable businesses had to be moved, while more entertainment and gambling opportunities were developed in a locale near Boise, which even then had the state’s largest population. This need prompted the incorporation of Garden City in May 1949.

During the 1950s, when the city had a population of around 675, many gambling houses lined Chinden, which prompted restaurant development, bars, and other businesses to grow, too. My friends’ warnings of the 1990s had come from four-and-a-half decades in Garden City of “bad” or not-wanted-in-Boise behavior. Until recently, lower costs of living and mobile home communities made it an accessible city to settle in, and for offenders to re-enter society after jail sentences were completed. 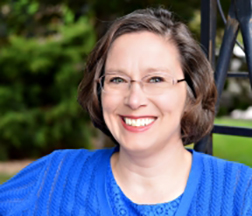 Jana Kemp is a twenty-year Garden City resident who loves living, working, learning, recreating, and creating in her town. Find Jana at JanaKemp.com
View all posts by Jana Kemp →
ORDER BY MAIL