It Came From the Deep

When I was in high school, my friend Hank and I used to go the Boise YMCA occasionally to use the pool. Hank was a talented diver and spent his afternoons practicing new dives while I stuck to cannonballs and belly flops. Trouble always seemed to follow Hank. On more than one occasion he cracked his head open with his own knee while doing back flips into the pool, forcing me to take him to the emergency room. One day, however, Hank managed to dive without incident, so after our swim we decided to take a whirlpool. 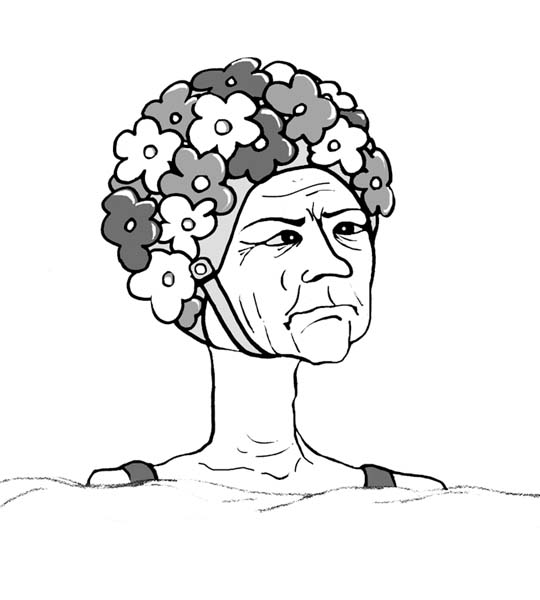 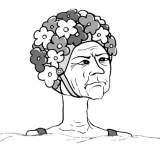 Hank always bragged that he could hold his breath longer than I could, so we decided to have a breath-holding contest. I went first. After just a minute I had to come up for air. Then it was Hank’s turn. He took a huge inhalation then plunged beneath the foamy surface of the water, disappearing completely. I sat at the edge of the pool watching the clock.

Thirty seconds…forty…a minute… The bubbles bubbled, but Hank did not surface. A minute twenty… a minute thirty… still, no Hank.

Then she walked in.

An old woman, probably about seventy-five-years old, wearing a swimming cap with rubber flowers and a one-piece swimsuit that went down to her knees, came into the secluded whirlpool room. She frowned when she saw this young teenager using the pool, but she still climbed into the whirlpool and sank down until just her flowered head was sticking above the surface. She didn’t know it, but she was right next to Hank. I looked at the clock: two minutes and twenty seconds. I said nothing.

The time kept clicking by: two minutes and thirty… two-minutes and forty… The old lady glowered at me. She looked like an angry old bird sticking out the water.

That’s when it happened: Hank BURST out of the pool like a hyperventilating monster of the deep, his arms outstretched and his lungs gasping for air. The woman SHRIEKED, then recoiled to the edge of the pool. Hank was just as surprised to see her. His head jerked back, his eyes grew as big as pool balls, and he recoiled to his corner of the pool, still breathing so heavily he couldn’t speak.

I couldn’t stop laughing. I was laughing as hard as I had ever laughed. I laughed so hard I momentarily relaxed muscles that should not be relaxed in mixed company. In other words, I blew wind. Big time. It echoed off the tile and reverberated around the room. This took the woman to a new level of shock. In the space of thirty seconds she had become a victim of aquatic assault and olfactory oppression. The three of us stood for a moment in stunned silence. Then Hank picked up the laughter where I left off.

The old woman grabbed her towel and left the room in a huff, leaving behind two teenage boys who had never experienced such grand entertainment.