Story and Photos by Richard Mouser

In 2005, my family made the decision to move away from the suburban neighborhoods of Eagle and buy an old home in the outskirts of Boise, on Hill Road. Everyone calls it “Old Hill Road,” because it was replaced decades ago as a main thoroughfare by Hill Road Parkway to the south. My parents renovated the house at the edge of the foothills, and a life began that was more private and peaceful than in the suburbs.

From the age of eleven to twenty, I used Google Earth on the family computer to view Boise from space. The application had an option, which is no longer available, to look at land as it appeared over past years, and I could observe Boise as far back as 1992. I saw that our family property on Old Hill Road once extended all the way from the edge of the Boise foothills to State Street: a long, narrow stretch of land. And the configuration of our neighbors’ properties was similar back then.

In junior high school, I struggled with academics, and my mother asked a friendly neighbor named Richard Llewellyn if he would come to our home to tutor me in math. She tried to pay Richard for helping me, but he refused to take a cent. Richard is now a UCLA architecture graduate who moved back to his childhood home on Old Hill Road, as he feels strongly attached to his roots. 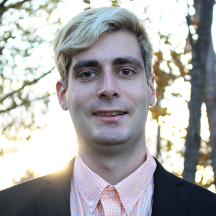 Richard Mouser is a Boise-raised photographer. He posts his photos to Flickr, where they get up to ten million views. Richard contributes photos to both the Canyon County and Western Idaho Fairs, where he has received multiple blue ribbons and a Merit Award. In 2019 he graduated from Boise State, where he met his partner Colton. They live together in northwest Boise.
View all posts by Richard Mouser →
ORDER BY MAIL