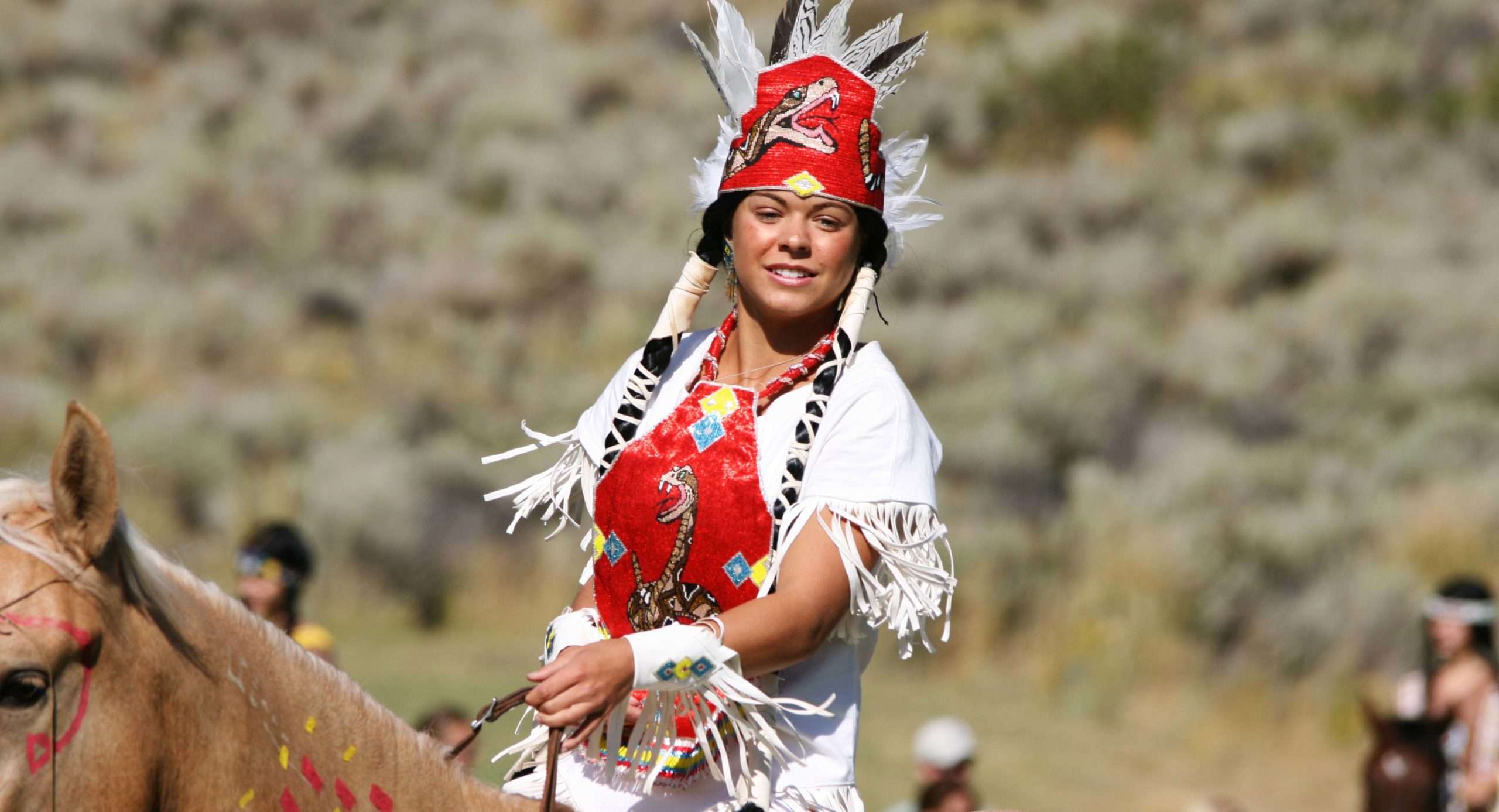 Posted on by Amy Story

An Equestrian with a Rare Talent

“Karmel’s a great storyteller,” said my friend, Larie Horsely. As Karmel Laursen began giving a mother’s account of the miracle that had unfolded before her eyes over time, I had to agree. We were at the Sun Valley Wagon Days, because Larie knew of my interest in a group that would be performing there, the EhCapa (“Apache” spelled backwards) Bareback Riders Club. Her daughter, Brandi Horsely Krajnik, is the owner of BK Arena in Nampa, where the club practices. I had come hoping to hear the tale of Karmel’s daughter, a girl named Ecko, who had tamed a wild mustang and was now riding it, two years later, as the EhCapa Queen.

To understand the gravity of becoming an EhCapa Queen, a little history is in order. In 1956, looking for a way for children to benefit from horsemanship without the exorbitant cost of tack, the club was created. With a style reminiscent of American Indians of old, the EhCapa dress the part and paint up their horses as Indians once did. There are no bridles or bits. Control is through voice commands, cues from the riders’ legs, and a one-inch leather tack rein. Riders turn right, left, stop, gallop, and jump their mounts over horizontal poles several feet in the air. Accomplished riders put arms behind their backs, as if flying, and don’t hold on at all. The EhCapa Queen is an extremely good rider with an extremely good horse. I had pondered all this as I drove up to Sun Valley with my friend Janet to watch the parade, and hopefully to spend a few minutes with Queen Ecko Laursen and her mother. Larie said she would introduce us. Something about this group of country folk I’ve fallen in with just gets me. When we met up with Larie, right away it was, “Here’s a couple of chairs, have a seat,” and “You should’ve camped with us this weekend,” and “You’ll both have to come to the barbeque.” Always warm and welcoming. Larie led us to a shady canvas near the parade site. The EhCapas would ride past us within thirty minutes.

Amy Story is a food and adventure writer, artist, and art instructor. She makes her way through the state looking for good recipes and new friends, often found simultaneously.
View all posts by Amy Story →