Posted on by Lewis Orson Brown / Leave a comment

Depression-Era Ingenuity By Lewis Orson Brown IDAHO magazine recently received the following story from Judy B. Frederick of Boise. In an email, Judy told us the story’s author “was my birth father whom I never met.” She added,
READ MORE

Maybe a Bit Hard, Though Story and Photos by Mike Medberry In January 2020, I ventured into the hills and river country of Canyon County’s Sunnyslope region to look for the perfect job. I had decided to become
READ MORE

A Risk-Taker’s Crop By Lorie Palmer After Brent Uhlorn’s mom, Mary, told me where the golden field was located, I took a drive last August from Grangeville to see for myself. It was just as beautiful as she
READ MORE

Rediscovering “Agricultural Improvement” Trains By Thornton Waite When I moved to southern Idaho in the mid-1970s, I continued a longtime interest in the history of railroads by researching the history and growth of the industry here. It soon
READ MORE

When I was a kid, my family’s farm near Filer in southern Idaho was a magical place, where anything could happen.

We had parts and pieces of things all over the place—we could make forts, dig for queen ants, play with electricity (hot wire and hose pipe tricks), skip rocks, climb haystacks—you get the idea. What I didn’t know until I left was that growing up on a farm and being part of the operation was the best gift I ever could have received. Continue reading →

Posted on by John Hiler / Comments Off on Mountain Home – Spotlight

After the discovery of gold in the early 1860s, the end of the Civil War in 1865, and the coming of the Transcontinental Railroad in 1869, the little station on Rattlesnake Creek became quite famous. It was here that the famous Overland Stages came up the trail from the East carrying passengers bound for the fabulous gold strikes on the South Boise River.

Rattlesnake Station was founded in August 1864 when Ben Holladay put through his Overland Stage Line between Salt Lake City, Utah, and Walla Walla, Washington. Commodore William Jackson, an early employee of Holladay, acquired the property in 1872.

In 1875 an Owyhee Avalanche correspondent wrote, “I leave this morning by buckboard train for Rocky Bar. I have changed the name of this station, where I have been sojourning since noon yesterday, from ‘Rattlesnake Station’ to ‘Bedbug Station.’ There are no rattlesnakes here but an abundance of the other animals.”

On Feb. 13, 1877, The Idaho Statesman reported, “The station formerly kept at this point was called Rattle Snake and was and is yet the property of Mr. William Jackson. Jackson had a difference of opinion with the owners of the stage line, which resulted in the removal of the stage station to a point higher up the creek to the left of the old road. A post office has been established here with the name of “The Mountain Home,” but as yet there is no service, as no one is willing to serve the county in the capacity of post-master.”

In the summer of 1883 an enterprising drummer by the name of Tutwiler set up a walled tent and some whiskey barrels on sawhorses alongside the survey stakes for the new railroad being built. When the grading and track laying crews, known for having a horrible and almost unquenchable thirst, saw Tutwiler they said, “Hooray for Tut!” and named the camp Tutville in his honor. The first train steamed into Tutville in early July 1883.
Jule Hager, the new postmaster and stage agent at “The Mountain Home,” decided that since the trains brought the mail, the post office should be there to meet it. Without government authorization, he packed up the post office into a fifty-pound soapbox and brought it down the hill to the railroad. With it he brought the new name for the town, Mountain Home. Continue reading →

A Stricken Town Still Knows How to Party Story and Photos by Stephen Henderson Except for the 1970 sedan purring in front of the rec hall, Arco’s main street is silent. “That engine’s a fresh-out-of-the-crate Corvette Triple-Z,” says
READ MORE 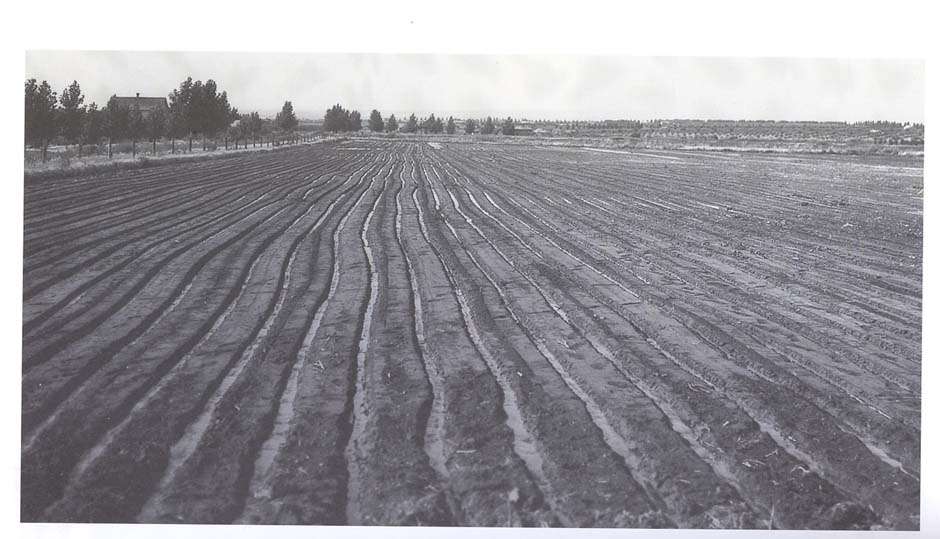 The four of us slosh against ankle-deep water that slowly drains through the underground tunnel.

I occasionally look back down the corridor, framed by basalt bedrock, toward daylight entering the shaft’s ever-shrinking opening. I double-check my headlamp. While I don’t feel claustrophobic, underground exploration is not really my thing, and as much as possible I’d like to keep tabs on where I am. I continue to follow the group, fairly confident in the knowledge that two of the others have trod here before. Continue reading →